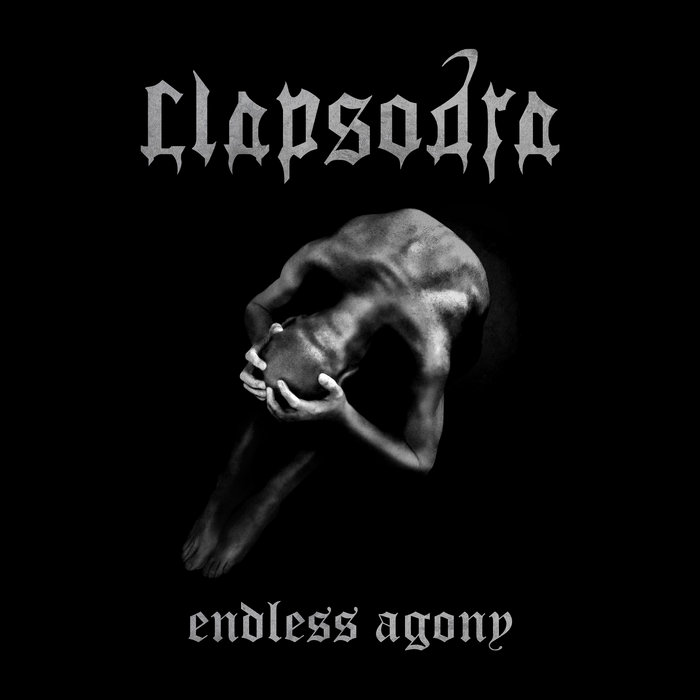 Clapsodra are a death-doom gothic metal band that formed in 1991 in Israel by Avi Zadkani.
Their early songs focused on the holocaust death camps victims and survivors.

The band's name, Clapsodra, was taken from Martin Gray's first book, For Those I Loved (Au nom de tous les miens).
In his book he described the Jewish people at the Treblinka extermination camp who were marked as doomed for execution with bruises all over their faces. He described this people as Clapsodra.

In November 1994, Clapsodra recorded and released their first live album, Brain Insanity.
The songs in that album dealt with holocaust issues.
Each song told a true story, based on survivors' testimonials and memoirs.
All of the songs delivered the remaining deep emotions of the survivors, the fear, the suffering and lose, and exposed retro perspective thoughts about their dark old days.

In the years 1991-1995 Clapsodra was on a successful tour all over Israel.

In February 1995 the band had to terminate their music activities due to their mandatory recruitment to the Israeli army, the IDF, for a 3 years period.
They didn’t recover from it.

Even though they didn’t make any music for a long time, Clasodra's fans didn’t give up. The fans kept on listening to Brain Insanity and kept hoping for their favorite band to return.
It took only 20 years to make that happen…


Turning over the hourglass

In 2015 the decision to resurrect clapsodra was finally made by Avi Zadkani and Uri Jeffrey.
They decided to find new amazing musicians and to give it all for the best production ever made in Israel metal history.
Their plan was a 10 songs new album, with 7 brand new songs and 3 remake songs from Brain Insanity as a tribute to the fans that kept Clapsodra alive for more than two decades.
After the new members were chosen, Clapsodra was a go.
Rehearsals and recordings on the privet advanced recording studio, the death-doom gothic metal production gave birth to slow heavy riffs combined with fast and powerful tunes, sometimes mixed with strings and violins.
Vocals found the way to the beauty and the beast technique, with Avi Zadkani's growls and the angelic amazing female vocals by Betty Pablo, one of the most talented singers in Israel who agreed to be a guest singer in this album.

Endless Agony has 7 new songs and 3 remakes, all in a new killing production.

The new songs deals with the philosophical struggle of mankind against the non-attending existence of god, starting with the deportation from heaven followed by the biblical flood, with the endless pointless battle of the soul, heaven or hell, life itself as a living hell on earth, mostly as a result of the resembles between god and man: violent, intimidating and destructive, in spite of his ability and desire to be kind, humane and practice healing.

All of the new 7 songs lyrics were written by Lior Siman Tov, who is also the band manager.

Nissan Kuker back in the days wrote the lyrics to the 3 remakes:
The Final Solution, Justified Revolt, and Why.

Keyboards and programming by Uri Jeffrey.

All of the songs arranged and produced by Clapsodra.

Band photography by May Polani.

Bandcamp Daily  your guide to the world of Bandcamp